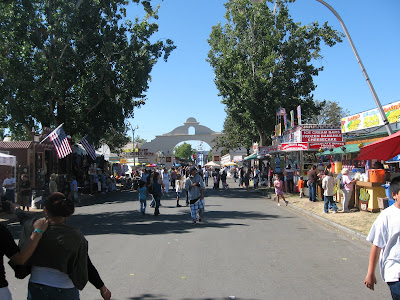 My first big fair job was a great experience. It was rigorous, 42 shows in 14 days! I had a great connection with audiences from Santa Rosa and the surrounding communities. Played lots of goofy requests, for instance "Iron Man" on the saw, but also some nice instant arrangements of stuff I'd never considered, like "Stand By Me," and "Jessica" (Allman Brothers).

Made fair friends too. Right across from me was a family doing blacksmithing demonstrations and story telling, and they had some stories about other fairs they have done..... making me doubly happy to be working in a good one. Here's a picture of their rolling castle: 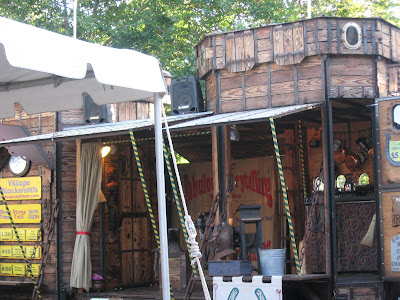 The fair grounds is also a race track, and there were races almost every day. One of the best moments was being on stage playing against the Mexican rodeo orchestra a quarter mile away in an outdoor arena. In the middle of something on the glasses with the sonic pastiche of carnival ride screams, Harley the Hog's looped sideshow pitch (...."and still growing!!!"), and staccato boop boop boop boop of the tuba from the Mexican rodeo. Rich!!! 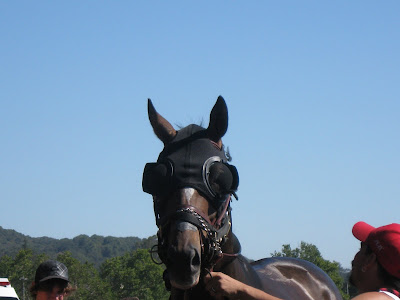 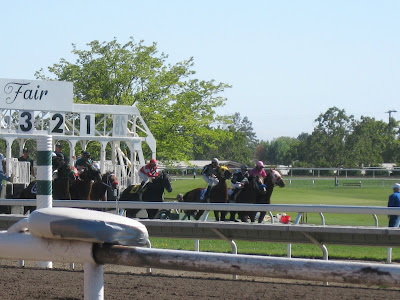 Hay come in. Contests that were held between my shows included pie eating etiquette, state trivia, name that patriotic song (colonial theme this year), and reciting the declaration of independance. 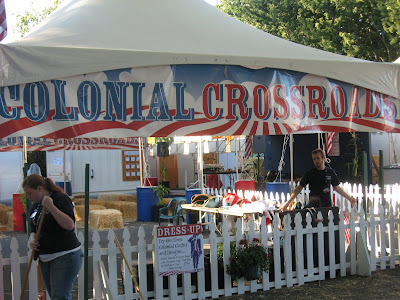 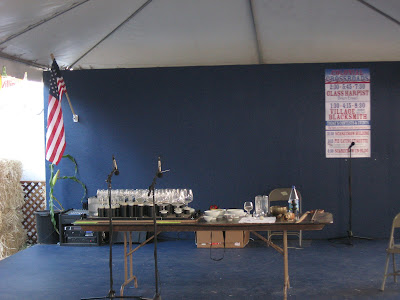 A friend came up for a couple days to visit and he's probably got some good shots of me at work I can use, this is the staging though. It turned out to be a really good idea to send my demonstration stuff ahead of me and prepare for a condensed 'edutaining' show. 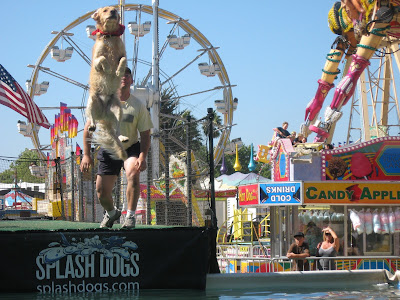 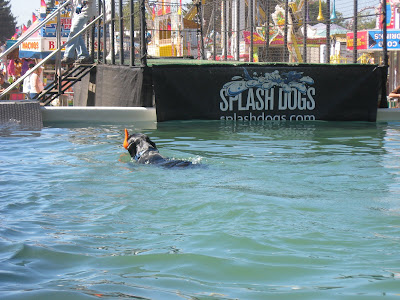 Must keep toy in play

Let's look at some animules. I was working close to all the livestock stuff, so add to the audio wallpaper a lot of mooing and bleating... 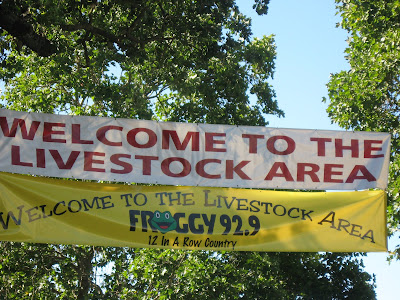 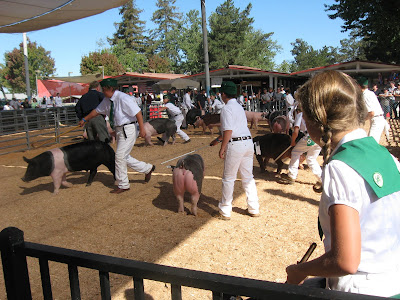 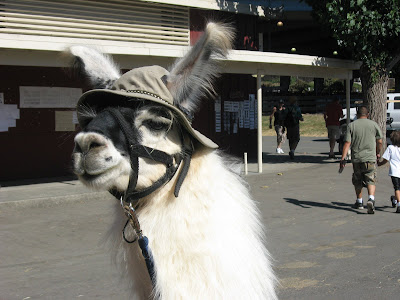 The animal sideshow is ALIVE!!! and well. Here's Roscoe's gig, his stage name is Tiny Tim: 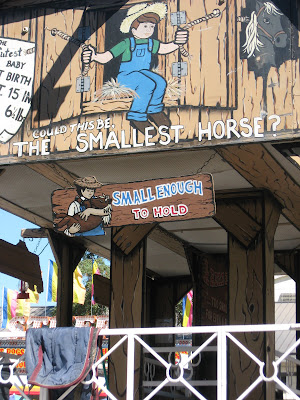 Roscoe with Lindsay, after a morning bath, cigar, and cognac. 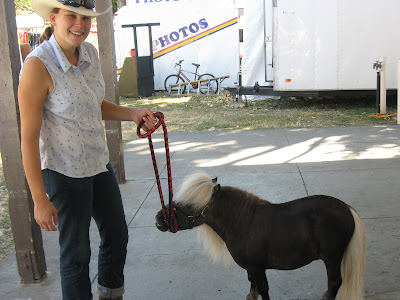 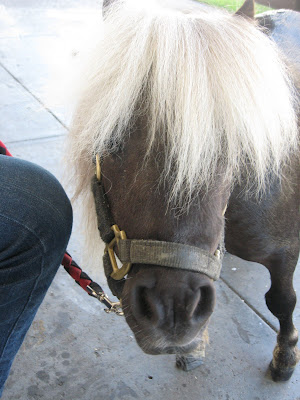 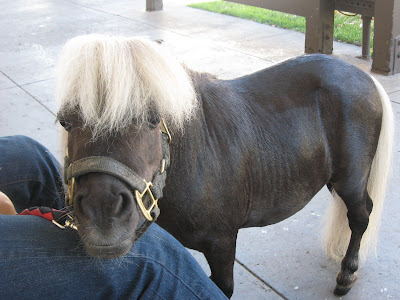 Harley the Hog's house. Big. Pig. and he's stiiiill... (I have a recording of this) 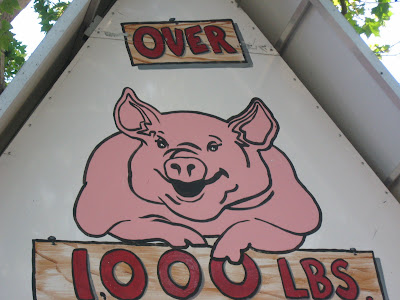 My friend calls the faces on top of this carnival ride "hideous." Indeed...


One of the neatest "magnificient obsessions" encountered in awhile. For an appetizer, this guy's toothpick boat: 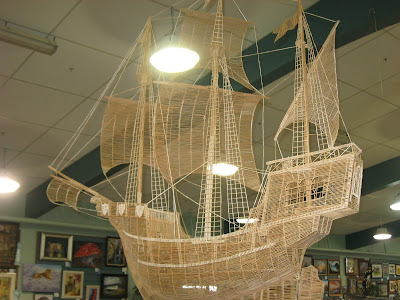 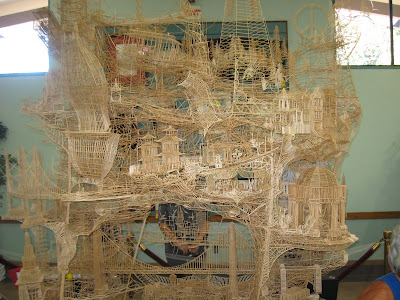 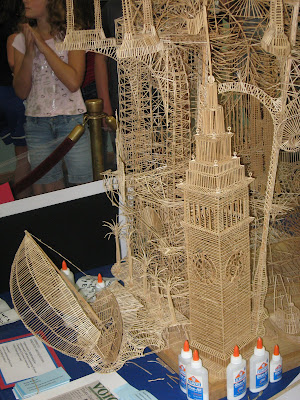 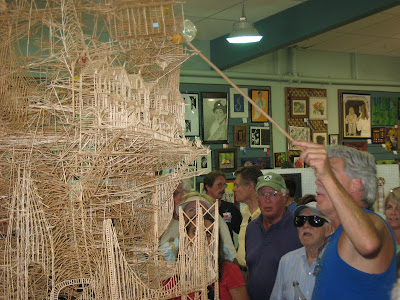 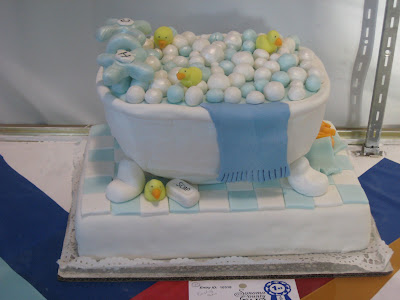 And another good one... 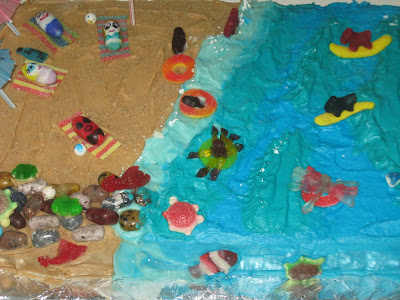